The American Legion, a patriotic veterans organization founded by Congress in 1919, has announced their support for medical cannabis. The announcement included a scientific stance, heartfelt personal stories, and an emphasis on medical cannabis.

Leading Up To The Announcement

The response to the federal backlash against cannabis is a major propeller for the American Legion taking a stand on medical cannabis. Currently, the federal government has listed cannabis as a Schedule I drug, which is classified as “a drug with no currently accepted medical use and a high potential for abuse.” Drugs that are Schedule I have serious restrictions when it comes to clinical research. Nearly all US studies done so far in cannabis have been independently researched.

Contrary to the DEA’s stance on medical cannabis, thousands of peer-reviewed scientific journals are pointing out the benefits cannabis can have on chronic pain, PTSD, cancer, glaucoma, multiple sclerosis, rheumatoid arthritis, and more.

“The federal government has lied to the American people for a generation on cannabis by asserting it has no medical value. I can tell you it’s not true.”

There’s no doubt that changing the perceptions of cannabis takes work. After all, the American people have had decades of propaganda condemning use. So what does it take to change the hearts and minds of a medical cannabis skeptic after decades of oppression?

“When veterans are saying a particular treatment is working for them, we owe it to them to listen and to do the scientific research required.”

Louis Celli, National Director of Veteran Affairs and Rehabilitation for the American Legion, stated his initial hesitation with medical marijuana.

“To say I was skeptical was an understatement. I was doubtful. I did not believe that cannabis had any type of medical benefit whatsoever.”

Other speakers echoed a similar sentiment, pointing out that the group is referred to as the ‘law and order’ organization. After the persistent advocating for medical cannabis, Celli and others within the organization decided to listen and read the thousands of scientific journals pointing toward what their veterans were claiming.

“Eventually, I was able to see that there was enough evidence that warranted at least looking into medical cannabis. I challenged my staff to review all the available information on cannabis from around the world. That’s about 22 thousand published articles. In fact, as we researched, we came across veterans who said the only reason they are alive today and did not commit suicide, was because of their use of medical cannabis.”

As independent research emerges, the pressure to remove cannabis from a Schedule 1 drug is quickly growing. More Americans are beginning to take a stand against the current classification. In fact, a recent survey concluded that over 90% of Americans are in favor of medical cannabis completely. Celli echoes the need for removal after extensive research within medical cannabis.

Here’s the bottom line. The 2 million members of the American Legion are 100% behind cannabis research. And our survey shows that the rest of the veteran community is with us. Veterans are suffering and we must listen when they tell us it’s working for them. 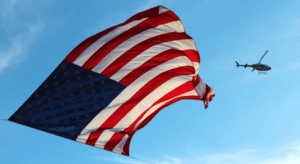 One of the biggest proponents of this push toward reclassification and legalization, are the veterans themselves. Josh Frey, a U.S. Marine and two time Purple Heart recipient, points out the issue with prescription medication veterans are prescribed.

I could go to the VA right now and say, “hey I’m having a bad day.” They’ll give me a whole bottle of klonopin. They’ll give me whatever I want. You’re going to have to take the pills because they prescribe them to you, and if you’re not in compliance with them they can take away your benefits. So they force you to take the pills. Make you crazy, until you either want to kill yourself. I was numb. I didn’t love, I didn’t hate, I didn’t do anything. I couldn’t talk. I was walking dead.

Ironically, the multiple prescription medications Frey is referring to are mainly classified as Schedule 2 or Schedule 3 drugs. Opioids specifically have killed more Americans in the past year than the number of Americans killed in action during the Vietnam war. Even politicians are speaking out about the opioid epidemic. Medical marijuana has zero reported deaths. Frey emphasizes how medical cannabis has helped him specifically.

“There’s only one thing that made me feel like me again, and that’s medical marijuana.”

The American Legion is a major group bringing this issue to light, but they are not alone. Numerous other veterans groups are pushing for medical legalization and reclassification. Weed For Warriors Project  (WFWP) provides a safe space for fellowship with other veterans, as well as free access to medical cannabis. Mark Carrillo, US Marine, explains his experience working with veterans on this issue.

So many Veterans are prescribed pills by the VA, some more than 30 a day for a wide range of issues. We have gotten many veterans down to only using medical cannabis for all their symptoms.

The veteran community is a tight-knit one. When one veteran is down, they all stand together. Countless other organizations are following suite of the American Legion and WFWP by supporting, advocating, and pushing for policy reform.

PrestoDoctor would like to personally thank all of the veterans who serve and sacrifice for our country. Your contribution to this country does not go unnoticed. We feel honored every day to be able to help support WFWP by providing free medical cannabis recommendations for veterans in need. Thank you, and happy Veterans Day.