It isn’t your cannabis that gives you medicinal benefits. It’s the flower’s cannabinoids that we can thank for its medicinal and recreational properties. While we’ve known about cannabinoids for some time, we haven’t known much about them.

That has changed in recent years thanks to more studies in regards to the effects of particular compounds and cannabinoids at large.

The Evolving World of Cannabinoids Extends Beyond THC and CBD

Now, cannabinoid research shows no signs of relenting. As medical marijuana booms across the globe, research into specific cannabinoids grows with it. While we all know and love THC and CBD, a growing world of other cannabinoids offer unique properties that could provide relief to patients as well. It’s time to get to know some of those potentially helpful cannabinoids.

Cannabinoids are the group of active chemical compounds secreted from cannabis flower when decarboxylated (heated). Currently, there are 113 known plant cannabinoids with at least 85 therapeutic medical benefits. Select cannabinoids are known to provide healing effects for a range of needs, including neurological and gastrointestinal conditions.

Cannabinoids share similar properties to endocannabinoids produced in the body. Both interact with the body’s cannabinoid receptors for a span of bodily functions. It is believed that their primary purpose is to promote homeostasis.

These cannabinoids bind to receptors throughout our body. The most common cannabinoid, tetrahydrocannabinol (THC), links to the brain (CB1 receptors) and produces the psychoactive effects that result in a user feeling high. Meanwhile, cannabidiol (CBD), binds to receptors throughout the body (CB2 receptors), making it ideal for those with body pains. Going further, CBD is non-psychoactive, and some cannabinoids can even fight the psychoactive effects of THC. This has led to the rise of products like CBD oil and the erosion of the antiquated “stoner” stereotype.

In fact, most cannabinoids won’t leave you feeling high – which makes them so ideal for a number of patients! However, they will serve a range of pains and medical conditions. For example, a Tourette’s syndrome patient may benefit more from THC. Meanwhile, CBD of another cannabinoid, CBG, could aide an anxiety sufferer.

The study of cannabinoids continues to evolve. Significant developments only came to light in the past few decades, starting in the 1980s. As more countries study the compounds within cannabis, we’ll begin to understand the exact capabilities and effects of cannabinoid acids.

Some of the Major Cannabinoids

With numerous potential health benefits of cannabinoids, it can be difficult to pinpoint the most beneficial. In popularity, THC and CBD remain the most well-known by leaps and bounds. Meanwhile, current and upcoming studies could put researchers one discovery away from discovering the next noteworthy chemical compound.

Here are a few that may assist a medical cannabis patient!

CBG is the parent chemical of both CBD and THC. It is a nonpsychoactive cannabinoid that is present in under one percent of most strains. Research in recent years has revealed encouraging signs that CBG could help with a range of conditions from reducing inflammation to promoting bone growth.

CBC is an unheralded cannabinoid in comparison to others on the list, despite it being one of the most notable compounds in research. Stemming from CBGA, CBC works well as part of the entourage effect and has shown promise in treating cancer patients and their tumor growth. Other benefits have included treating depression, acne and pain relief as well.

CBDV may be stuck in the shadow of its cousin, CBD, but that is not the case with seizure and epilepsy patients. Studies in rats proved that CBDV can reduce or prevent seizures, generating significant buzz in medical and business sectors. Phase 2 adult human studies should arrive within the next few months.

CBN is the lesser talked about non-psychoactive that is steadily gaining in popularity. First, it is a strong sedative, with 5mg of CBN equaling the effects of a 10mg dose of diazepam. Additional health benefits include acting as a mild antidepressant by affecting the brain’s serotonin levels. If you want to find CBN, your best bet is within aged flower where it is likely to have higher levels than well-stored cannabis.

The debate rages on as to whether THCV is psychoactive or not. What is for sure about THCV is its numerous potential health benefits. Instead of working with CB1 and CB2 receptors, THCV acts against them, which helps it act as an appetite suppressant. Additional potential benefits include aiding in anxiety relief, bone growth and multiple functions associated with diabetes.

One cannabinoid of potential interest is cannabichromevarin (CBCV). Not much is known of its health effects to date. Yet, its unique molecular structure (C19 H26 O2) contains a propyl chain instead of pentyl chain like cannabichromene (CBC). More testing is required to determine if CBCV has any unique characteristics.

A Growing World of Cannabinoid Education 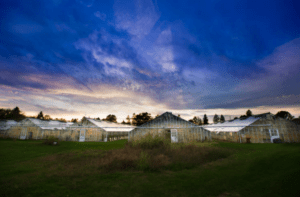 The study of cannabinoids should only increase in the coming years as an increasing number of countries become enamored with the idea of medical marijuana. In fact, in 2015 alone, the National Institute of Drug Abuse supported 281 cannabinoid research projects at the sum of $111 million. In the ensuing years, countries across the world began or increased their own research as well, with Canada often supplying its flower for studies and medicinal sales. Today, there is a growing world of cannabinoid knowledge for you to consume. Tomorrow, we don’t know what the next development could be.

Ready to discover the possible health benefits of cannabinoids like THC, CBD and more yourself? We are eager to help patients in California, Nevada and New York obtain their medical marijuana cards online. Get started today.

The results are in! Cannabis will now be legal for

Hey New Yorkers! 🗽 As of today, October 5th, re